Here is the Paper

The 3D reconstruction and the BIM analysis of the prehistoric house architecture of the Neolithic settlement of la Draga (Girona, Spain) will be illustrated in this paper. La Draga is an Early Neolithic pile-dwelling settlement (ca. 5.300–4.800 cal BC) located in the NE of the Iberian Peninsula, on the eastern shore of Lake Banyoles (Girona, Spain). The excavations revealed that the settlement was one of the earliest open-air Neolithic occupations in NE Iberia, and it is particular for bearing an exceptional conservation and preservation of the archaeological organic remains. The archaeological surveys shown that the area occupied by the settlement was of 8000 m2 ca. (ca. 100 m along the shoreline and ca. 80 m of width inland Tarrus in La Draga (Banyoles, Catalonia), an Early Neolithic Lakeside Village in Mediterranean Eu-rope. Catalan Hist Rev (1):17–33, [1], Bosch et al. in El jacimentneolític lacus-tre de La Draga (Banyoles-Pla de l’Estany). Quaderns de Banyoles, 13, [2]). Of the four sector excavated one is today sub-merged (Sector C) and other two are in the phreatic level (Sector B and D) (Palomo et al. Prehistoric Occupation of Banyoles Lakeshore: Results of Recent Excavations at La Draga Site, Girona, Spain. J Wet Ar-chaeol 4(1):58–73, [3]). This is the reason why perishable material has been recovered, among which a relevant amount of well-preserved wooden artifact, the majority of whom are architectural parts. The presence of these parts and the need to better understand the ancient architecture are the base of this work. To do so we decided to use a new approach, combining 3D reconstruction (using Rhinocer-os 5) and BIM (Building information Modeling) structural analysis. In the prior excavations the wooden elements have been 3D scanned giving us accurate information about shape, geometry and material properties (Li et al. in Coordination between understanding historic buildings and BIM modelling: a 3D-output oriented and typological data capture method. ISPRS, Proc 25th Int CIPA Symp 40:283–288 [4]). In addition to that, all these elements have been accurately georeferenced and based spatial analysis have been taken into account. This two studies combined, allow us distinguish between those wooden parts with a clear, or almost, architectonical function and those parts that, even being part of the house, had no evident structural function. The 3D model created on the base of these data showed that, even though very complete, these data were not enough to re-construct the house and there were many “gaps” to fill because many important architectonic parts have left no traces. A clear example is the roof: even we had identified the parts that composed it, we have no information about the roof covering. In cases like this, to fill these gaps, we have sought help from history, ethnology and anthropology to elaborate solutions suitable with our case taking into account all the information about the ancient Draga (available resources, and technologies known by the human group, the landscape etc.). To analyse the viability of the resulting model, it has been elaborated using a custom-made BIM for modelling prehistoric timber structures: it is based on the use the modern and vernacular architecture definitions and procedures to analyse the functional of different parts. The house, as a complex, forms a unique object but it is formed by several other individual or conglomerated elements. The identification of these elements, through the use of the BIM technique, allowed us to individuate the structural parts of the building and to work with them. Following modern architectural practices, the house has been divided into blocks (base block, elevated block, overhead block, etc.) identifying, for each one, independent or composite elements, linear elements, opening and connection. Each parts of the blocks has been defined with a specific terminology (ridge beam, tie beam etc.) and described in its characteristics. Then, the architectural analysis has been used to determine relations and hierarchies between these elements, in the house as a whole and inside the individual blocks. Starting from the description of these key elements, we added general characteristics to them managing to elaborate a descriptive model suitable for all kind of house. Finally, all the information gathered with the archaeological, ethno-anthropological, architectonical and BIM analysis has been synthesized to create an accurate, even hypothetical, 3D model of one of the ancient house of la Draga.

Some thoughts on Visual Programming Language and Its learning 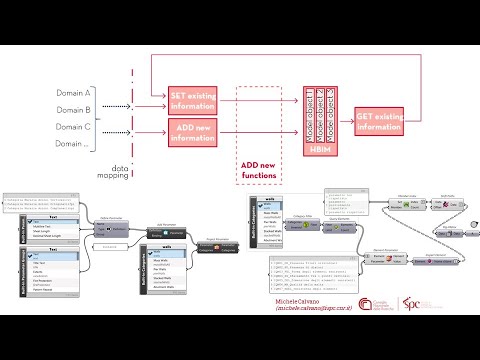 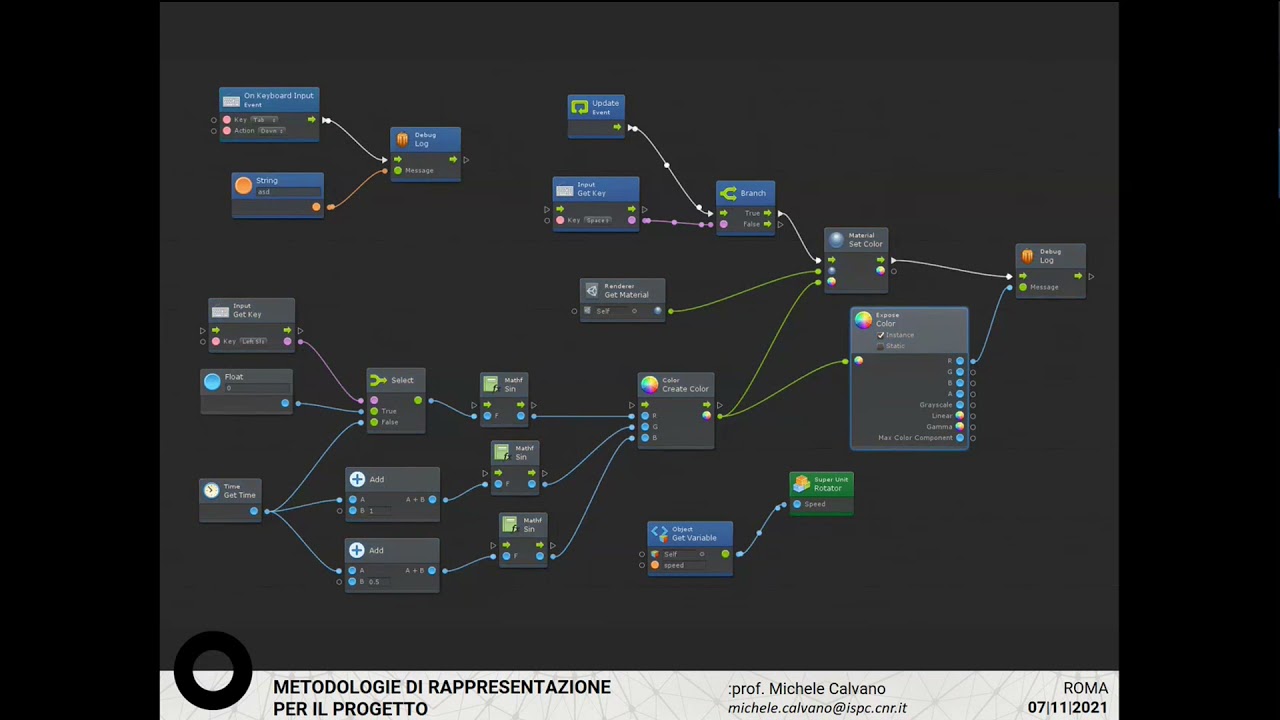 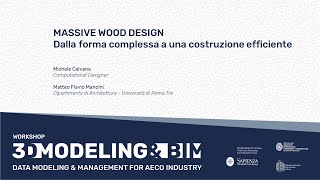 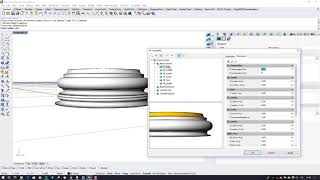 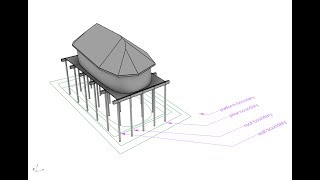 Some thoughts on Visual Programming Language and Its learning